Intellectual equality, equal pay and female rights are aspects of feminist movements that no one would disagree with. However, certain feminist groups have taken their role too far and are in many ways doing more harm than good. Here are some reasons why you should think twice before buying into certain aspects of feminist ideology:

Certain prominent female figures have been known to attack traditional female roles.  Not too long ago, a feminist blogger called Amy Glass sparked outrage due to a post titled: ‘’I Look Down On Young Women With Husbands And Kids And I’m Not Sorry’. These distasteful attacks on housewives undermine the important social role that women play in building families and rearing the next generations. A huge amount of social problems such as substance abuse, violence and crime can be traced back to the individual’s own dysfunctional family background. Women who choose to dedicate their lives to maintaining the happiness of their families should be respected for their choice and not undermined- especially not by other women.

2- Feminism is making men out of us

The disturbing thing about some forms of feminism is that the emphasis is always on women taking on roles that are traditionally male. Not nearly as much focus is on having men take on traditional female roles such as staying at home and bringing up children. In fact, I can’t remember the last time traditional male roles were attacked in the same way that traditional female roles are criticised. This is because deep down we live in a society that respects the powerful, career driven and financially successful lifestyle traditionally represented by men.  But what this indirectly suggests is that nurturing and family orientated ‘feminine’ attributes are intrinsically inferior to the ‘masculine’ ones.

3- Female sexualisation is empowerment, but child bearing is not? 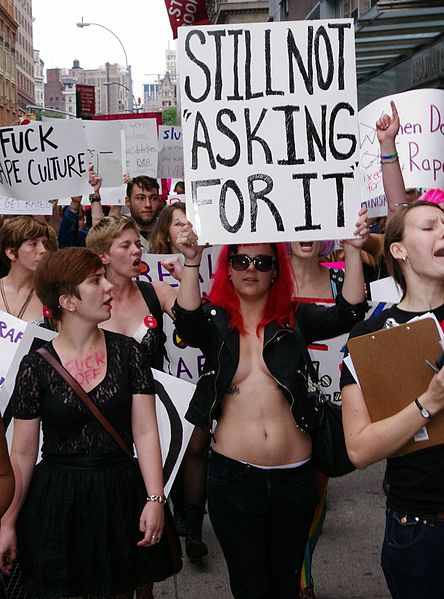 This is a sad contradiction that we see all around us. The female body is exhibited in the most deprived ways all over the media, but when a woman breastfeeds her child it sparks outrage. How does this make any sense? And how does the sexualisation of the female body empower women? Surely, by drawing attention to the physical dimension to a woman as in the feminist Femen protests, we are detracting from her status as an intellectual equal to men.  There’s another question that also needs to be addressed: when a women strips her clothes off and behaves sexually, who benefits from it?

Men? Of course. When a women sexualises her body and objectifies herself, the principle beneficiary are men. When we strip down, we allow them to treat us in a licentious and animalistic manner.   A women who feels empowered by a man staring at her backside is a fool.

4- Equality is not always just

The phrase ‘egalitarian relationship’ gets thrown around a lot by feminists but is splitting chores 50/50 really just? Not necessarily. For instance, it’s not fair for a housewife who spends her days shopping and at restaurants to then expect her working husband to come home and also share the bulk of the housework and cooking too. Seeing as he’s financially maintaining them, she should also contribute by at least being in charge of managing their home. This doesn’t mean that couples shouldn’t help one another or that men are allowed to behave like couch potatoes.

The word ‘egalitarian’ is also very subjective, a woman might be happy to ‘serve’ her husband because he ‘compensates’ her in non-direct ways e.g. babysits the children often, take her out, frequent holidays, gifts, shows a lot of appreciation and affection.  In such a case, despite her husband’s lack of help around the house, a woman might feel that their relationship is very egalitarian.

5- The death of the gentlemen 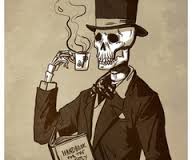 There’s a difference between being treated equally to men and being treated like a man.  As a woman, I want to be treated as an intellectual equal to men, but that doesn’t mean I magically grew man thighs overnight. So please feel free to offer me your seat on the tube.The absence of gentlemen these days is shocking and this is partly due to the fact that some men are worried about ‘offending’ women by such traditional gestures. I remember listening to a feminist on TV once speaking about how she would yell at men who’d offer to help her carry her shopping bags. The simple suggestion that a woman could need any kind help from a man was insulting to her.  This is going too far.

Big Bang Theory actress Kaley Cuoco was attacked last year by feminists for saying that she loves feeling like a housewife and cooks 5 days a week for her husband-among other things.   Despite being a successful actress who in other ways doesn’t fit traditional female stereotypes, some feminists were still offended by her statement. This is ridiculous. So are women now not allowed to enjoy and support certain traditional housewife roles? If Kaley Cuocu is happy to ‘take care’ of her man and her husband is also happy with their dynamic, it’s no one else’s business. There’s no law forbidding women from cooking for their husbands or disagreeing with feminism.  If feminists truly want to empower women, they need to first respect their choices and respect their freedom of choice.