1- They give you antibiotics for everything

No matter what condition you’re suffering from, you can always count on being given a lovely stash of antibiotics. Not only this, but there seems to be very little differentiation between the medication given for different conditions. In fact, I remember a few years ago two of my acquaintances came back from a Saudi clinic with identical plastic bags filled with the exact medications- one had the flu and the other rheumatism.  To make things worse, the medications didn’t come with their boxes or instructions, so there was no way of knowing what you’re putting in your body.

2- They treat you like an idiot, because anyone with no medical background must be

In fact, you’re such an idiot, why should they bother explaining why they’re poking and prodding you.  During an emergency prenatal examination I had in Kuwait, I had a lot done to me, but the doctors didn’t feel the need to explain anything to me which under normal circumstances would have been very scary and confusing in itself. Luckily, (thank God for the NHS website) I had already done some research and knew exactly what my blood tests were for and what to expect.

Seeing as us ‘non-medical folk’ have zero knowledge of medical terms, we have to make do with childish dumbed down explanations. I‘d like to say to the incompetent Kuwaiti doctor in a private hospital who scared the crap out of my husband and myself, that the quickest way to give a patient a heart attack is to tell them they found ‘something’, as opposed to saying what that something is- believe me we also understand what a cyst and a yolk sac are.

4- Oh did I mention they hand out medication like chocolates? 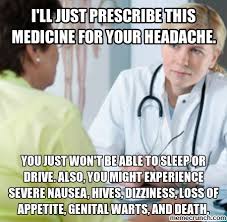 During a routine prenatal visit in Saudi, I was asked if I’m having any problems. I said no and was then given 200 riyal worth of douches, creams and capsules. To make sure that my husband didn’t feel left out, he was also prescribed a product. 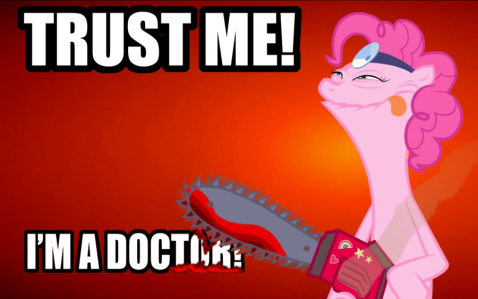 In the same private hospital in Kuwait, two doctors managed to confuse the left ovary for the right. They also had me go through an internal ultrasound with a full bladder, which I was then told in another hospital is an incorrect procedure.   This level of incompetence was shock to me.

6-Cleanliness is apparently not next to godliness

Apparently, hygiene is an outdated concept, as in a public Kuwaiti hospital, I was asked to lie down on sheets stained with disgusting looking body fluids. The toilet I had to use was dirty enough to make you ill. I couldn’t help but also notice the creased gowns and nasty looking sheets that were bundled messily.

7- Never argue with a doctor. They are God-like creatures who can do no wrong.

Asking too many questions and debating with doctors seems to offend some of them. More than one person I know has experienced this and have been questioned whether they’re doctors if they show some knowledge on a certain condition.